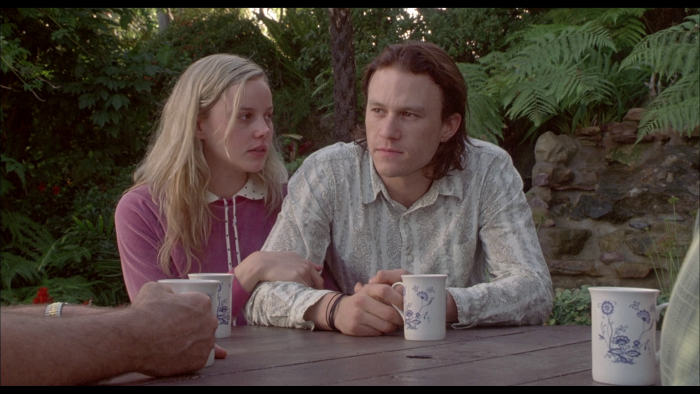 For 2006's "Candy," director Neil Armfield delivers an adaptation of a novel by Luke Davies, who collaborates on the production's screenplay, which details the life of two heroin junkies trying to remain in a functional relationship during the extremes of their self-harm. There's nothing about Davies's story that's pleasant, giving Armfield a particularly difficult creative challenge, asking viewers to remain with two highly damaged people who often find themselves out of control. The movie's solution is to identify and amplify the love story between Candy (Abbie Cornish) and Dan (Heath Ledger), adding a certain level of dewy poeticism before dropping the hammer of reality on the twentysomethings repeatedly throughout the effort. The attempt is laudable, but "Candy" isn't always as interesting as Armfield believes it to be, giving himself an excessive runtime to oversee the cycle of addiction while trying to transform the picture into a Malickian viewing experience of beauty and wonder while descending into the pits of Hell. Read the rest at Blu-ray.com