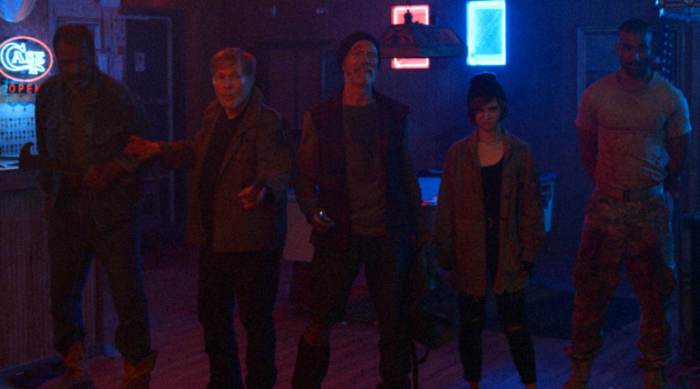 In recent years, “The Expendables” and its sequels have offered the premise of older actions heroes setting out to save the world, joined by members of a younger generation who don’t possess the same seasoning to help get the job done on their own. “VFW” loses the Hollywood hero approach to deliver a more grounded take on old fogey fire, offering the sight of war veterans taking on the drug-bombed youth of today. A Fangoria production, “VFW” isn’t interested in establishing a sensitive understanding of combat shock. It’s a genre smash-em-up production, with director Joe Begos prepared to deliver an absolute bloodbath with violent battles, but also wise enough to rely on the skills of his aged cast, who are happy to showcase the meatiness of their thespian charms, enjoying a rare opportunity to make a mess of things in this wild cinematic battle royal. Read the rest at Blu-ray.com