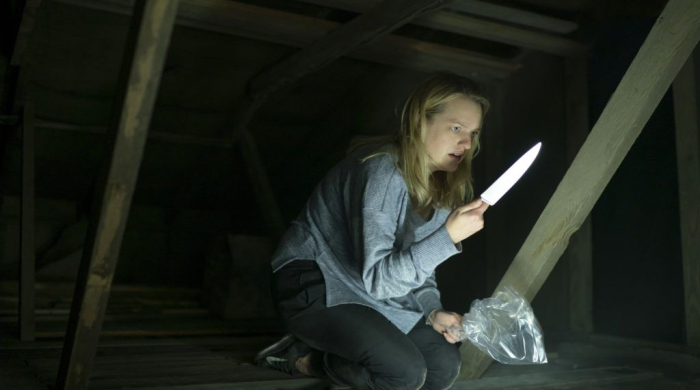 Universal Pictures spent a lot of time and money trying to revisit their horror history, hoping to trigger a new wave of creature features with expensive productions such as “Dracula Untold” and, most recently, 2017’s “The Mummy.” Unable to make something significant happen at the box office, the studio now turns to Blumhouse Productions to produce a hit, leaning on their frugal nature and fright film formula to resurrect “The Invisible Man” for contemporary audiences. Made for roughly half of Tom Cruise’s salary for “The Mummy,” “The Invisible Man” isn’t big on visual effects or flashy set pieces. It’s a Blumhouse endeavor, and they really only do long walks in dark hallways and the occasional bit of unsavory business. And that’s what they provide with the new release, which goes the minimalist route, with writer/director Leigh Whannell keeping to mild psychological freak-outs as he aims to rework the titular menace for 2020. Read the rest at Blu-ray.com