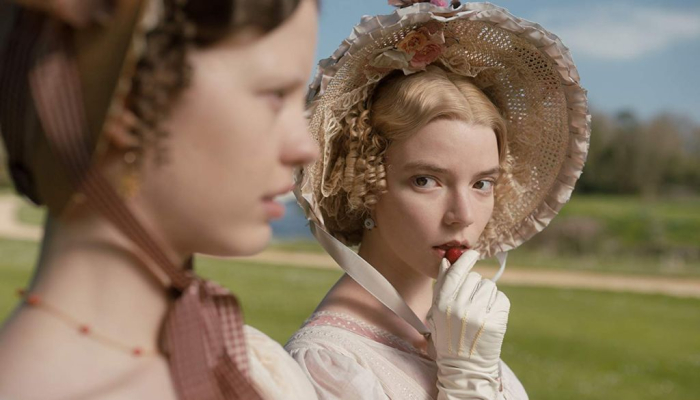 It’s debatable if the world actually needs another adaptation of the Jane Austen novel, “Emma,” as the 1815 book has been revisited on stage and screen numerous times, while reworks are just as common, perhaps most famously found in 1995’s “Clueless.” The ‘90s were a big decade for the source material, with 1996 providing two versions alone, including a box office hit starring Gwyneth Paltrow, which secured a sort of “Austenaissance” during the decade, encouraging producers to revisit her bibliography with hopes to meet audience demand. And now director Autumn de Wilde (a music video maestro who’s done fine work with Jenny Lewis) and screenwriter Eleanor Catton (making her debut) feel the need to return to this world of social positioning, rumor, and romantic near-misses. They offer “Emma” (stylized as “Emma.”), which endeavors to revive all the costume drama luxury and aching hearts for fans of the original work, while presenting the whole thing with extreme attention to technical credits. There’s a reason for that as well, as the new take on old material isn’t fresh, offering sameness all around, with visual extremes easily to most interesting element of the production. Read the rest at Blu-ray.com