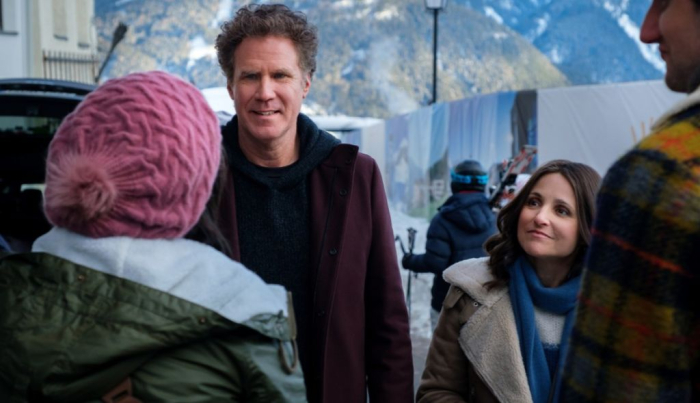 “Downhill” is a remake of Ruben Ostlund’s 2014 picture, “Force Majeure,” which took a darkly comedic look at the state of a troubled marriage attacked by a life-changing challenge of trust during a seemingly idyllic ski vacation. Ostlund had his laughs, but he was more interested in the fracture facing a seemingly settled couple, exploring the bonds and stasis of marriage, and the true nature of self-preservation. “Downhill” is more direct with its offerings of funny business, even bringing in stars Will Ferrell and Julia Louis-Dreyfus to butter up potentially rough characters with familiar mannerisms and delivery. There was no need to rework “Force Majeure,” but you already know that. The real surprise of the do-over is how much it misses the raw anxiety of the original, with co-writers/directors Nat Faxon and Jim Rash unsure what exactly they want out of the feature, veering wildly between silliness and stillness. Read the rest at Blu-ray.com