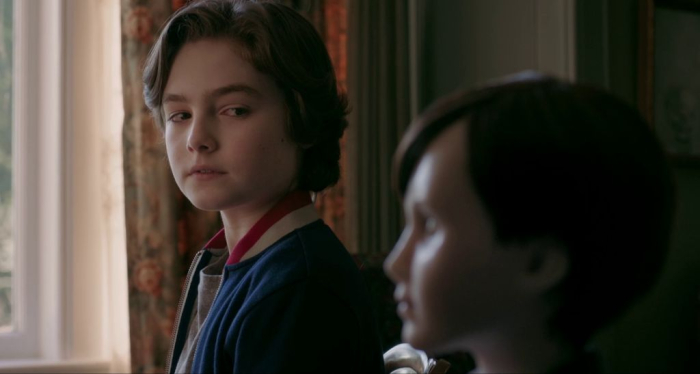 2016’s “The Boy” wasn’t a major hit, but the low-budget feature enticed enough people into multiplexes to turn a profit, giving producers the idea to return to the brand name. They took their time, but “Brahms: The Boy II” is finally ready for exhibition, and the idea seems to be a gentle reworking of the central concept to feed future sequels and spin-offs, giving the material a “Conjuring”-style marketplace trajectory. Director William Brent Bell and screenwriter Stacey Menear return to duty, and why wouldn’t they? The teat-pulling vibe is in full effect during “Boy II,” which trades corporeal terror for a supernatural hoedown in the English countryside, laboring to revive the basic terror beats of the original effort while inventing dark magic to keep things interesting. Of course, nothing in the picture is interesting, but that doesn’t stop the filmmakers, who serve up jump scares and loose mythology while presenting a more mean-spirited take on violence, which is almost exclusively focused on children and animals. Read the rest at Blu-ray.com