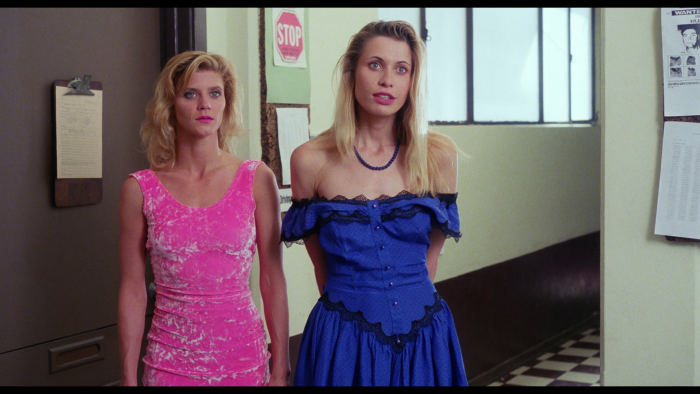 Inching away from the relatively gritty ways of 1989's "Vice Academy," 1993's "Vice Academy Part 3" is basically a Troma Entertainment production, with writer/director Rick Slone preferring more of a schlock approach to his ongoing police series. While broad villainy hasn't been an issue before, Sloane constructs his own ode to comic book cinema with this second sequel, pitting the Joker-style Malathion (a woman sprayed with poisonous chemicals) against Holly (Ginger Lynn) and new addition, Candy (Elizabeth Kaitan). Of course, this is a Sloane production, which doesn't allow for superhero expanse, but he's trying to amuse himself with extremes in antagonism, going cartoon to best support a return trip to this franchise. Read the rest at Blu-ray.com