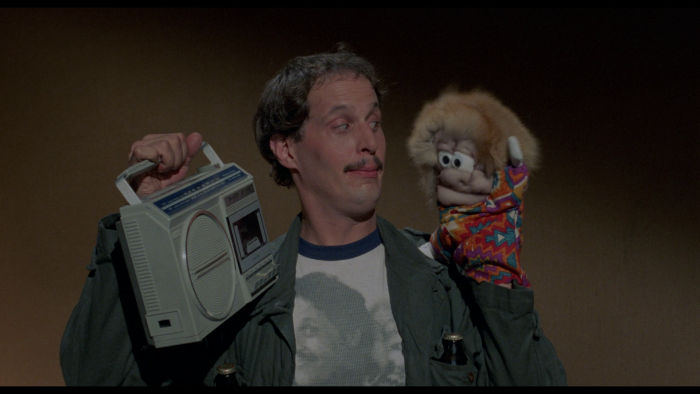 1986's "Spookies" has an incredible production history. It began life as "Twisted Souls," with directors Brendan Faulkner and Thomas Doran setting out to put their own stamp on horror offerings of the decade, loading the picture up with gruesome monsters and lighter, sexless elements of terror. After the movie's completion, production moneyman Michael Lee wanted something different, bringing in a different helmer to create his own footage, with plans to mix the work with footage from "Twisted Souls." The end result is a bewildering endeavor, but cat nip to genre fans, as "Spookies" offers plenty of violent encounters with rubber opponents, showcasing some real low-budget artistry in the midst of a highly confused but awfully determined feature. Read the rest at Blu-ray.com