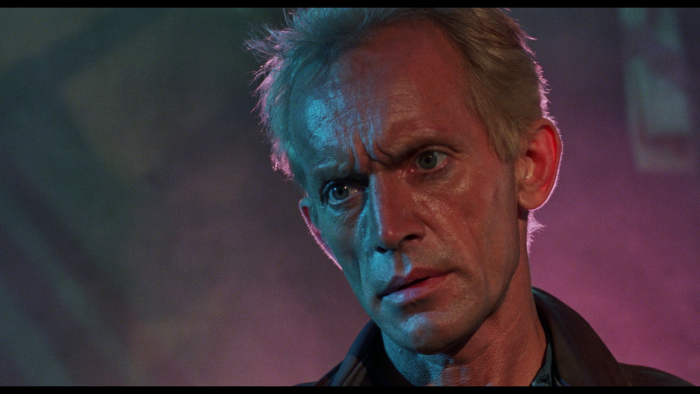 "Savage Dawn" is a production from 1985 that surprisingly doesn't get much attention in cult film circles. It's a biker movie mixed with heavy western influences, also granting star Lance Henriksen the rare opportunity to play a heroic role, turning him into an action star for a brief shining moment. That alone is worth a viewing, but director Simon Nuchtern ("Silent Madness," "The Rejuvenator") also packs the effort with a strong collection of supporting actors who love to chew the scenery, including George Kennedy, Richard Lynch, Karen Black, and William Forsythe. There's another reason to take a look at the picture. Also helping "Savage Dawn" is its general nuttiness, with Nuchtern delivering strange violence, broad masculinity, and a cameo by pre-fame Sam Kinison to butter up the exploitation vibe. That should immediately trigger a viewing. Read the rest at Blu-ray.com