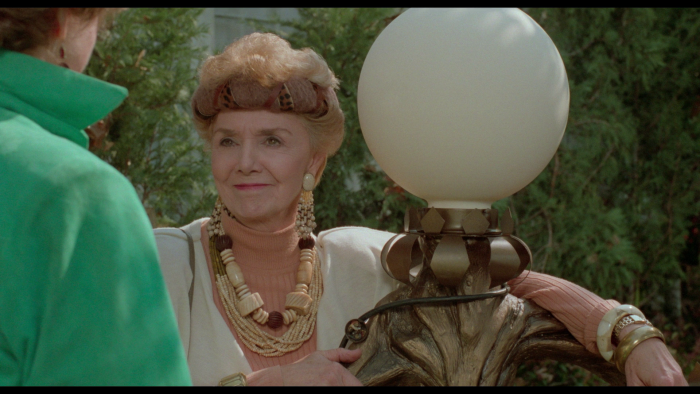 After dealing with dwindling theatrical revenues, the saga of "The Amityville Horror" turns to television for "Amityville Horror: The Evil Escapes." The 1989 production doesn't have the gory potential of its cinematic predecessors, but writer/director Sandor Stern (who scripted the original 1979 film) supplies an acceptable ride of evil events, electing to transform a haunted house experience into a murderous lamp event, which is as silly as it sounds. Wackiness aside, "The Evil Escapes" is interested in creating some excitement for fans of the franchise, doing relatively well with small-scale frights. Read the rest at Blu-ray.com