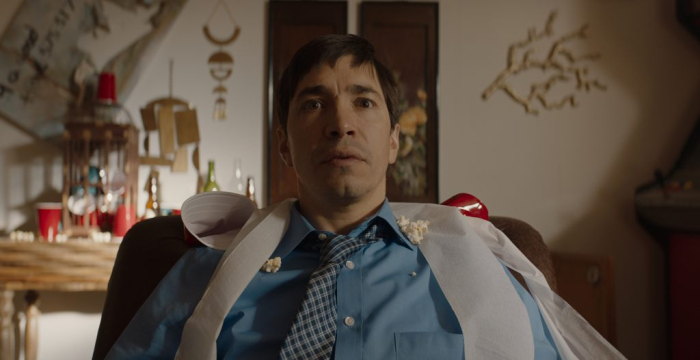 “The Wave” approaches ideas on conscience and karmic balance through the cinematic reverberations of psychedelic drugs. Director Gille Klabin is prepared to take the audience on a special mind-bending ride, armed with distinct visuals and doses of CGI, while instructing star Justin Long to capture the finer points of mental and physical alarm as his character is sent through time and space to deal with his issues as a human being in a dangerous position of power. “The Wave” has a simple message of personal inventory to study, and Klabin tries to capture audience attention through bursts of chaos, hoping to wind up the feature as a manic sprint through different realities. It’s not an especially ambitious production, and not entirely compelling either, but it does have a certain energy at times to keep it going, with Long working hard to communicate the inner melt of a troubled man. Read the rest at Blu-ray.com