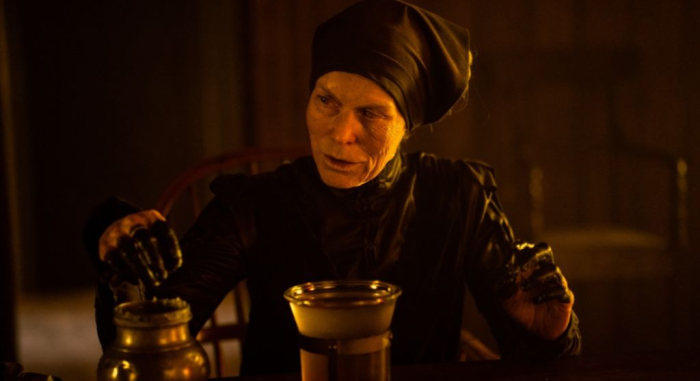 As a tale of temptation and survival, “Hansel & Gretel” has been adapted and reimagined countless times since its debut in 1812. The Brother Grimm fairy tale has been transformed into light and dark entertainment, most recently in 2013’s “Hansel & Gretel: Witch Hunters,” which endeavored to turn the storybook siblings into action heroes. For co-writer/director Oz Perkins, the original tale is an ideal fit for his helming interests, giving him another opportunity to explore slow-burn chills, only now he’s handed a little more marketplace visibility with “Gretel & Hansel,” which delves into Grimm Brother doom, but also keeps up genre trends set by Euro-flavored endeavors such as “The Witch” and “Hereditary.” Perkins aims for cinematic creep with the progressively titled “Gretel & Hansel,” and he’s capable of constructing arresting imagery. It’s storytelling stasis that often flattens the viewing experience. Read the rest at Blu-ray.com