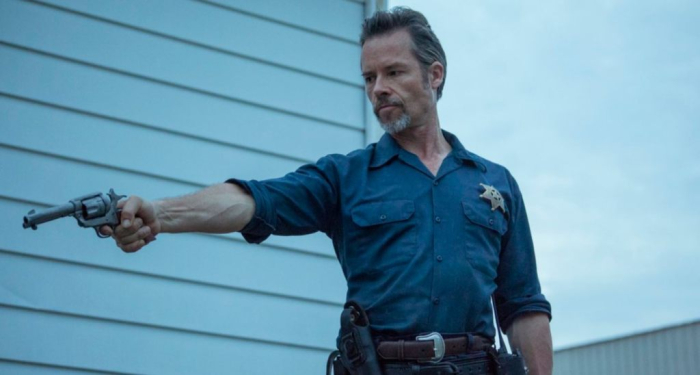 Guy Pearce has accepted some roles he shouldn’t have over the years, but it’s difficult to understand why he said yes to “Disturbing the Peace.” Usually big money is the reason behind respected stars and their need to appear in VOD product, but even by those standards, Pearce is really scraping the bottom of the barrel with this feature. And amateurish production from director York Alec Shackelton (who previously helmed another lump, the Nicolas Cage-starrer “211’), “Disturbing the Peace” tries to be an urban western, pitting a troubled lawman against a pack of violent bikers, but there’s little appreciation for the building of tension, the technique of selling violence, and basic thespian skills. Pearce is the best thing about the picture, but that’s not saying much, as the veteran actor is simply here to make a few bucks and move on, putting in the least amount of effort possible. Read the rest at Blu-ray.com