Film Review - Color Out of Space 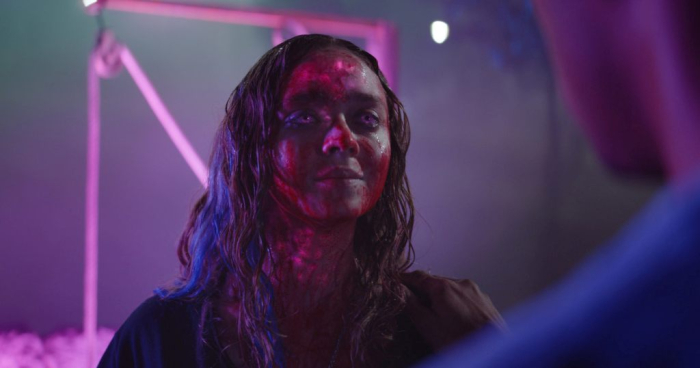 “Color Out of Space” represents a long overdue return to feature-length filmmaking for writer/director Richard Stanley. Working in documentaries, shorts, and enduring one famously disastrous shoot (1996’s “The Island of Dr. Moreau,” which he was fired from) over the last 28 years, Stanley hasn’t been seen in full force since 1992’s “Dust Devil,” which followed his breakthrough picture, 1990’s “Hardware.” Stanley’s unusual vision has been missed from genre endeavors, but “Color Out of Space” is a fine return to form for the helmer, who takes the challenge of an H.P. Lovecraft short story adaptation seriously, making a distinct push to craft something horrifying, reaching beyond the earthly realm to do so. While it takes some time to get up to speed, the movie is a wild ride, teeming with evil energy and grotesque visuals, sustaining Stanley’s career interest in making the audience as uncomfortable as possible. Read the rest at Blu-ray.com