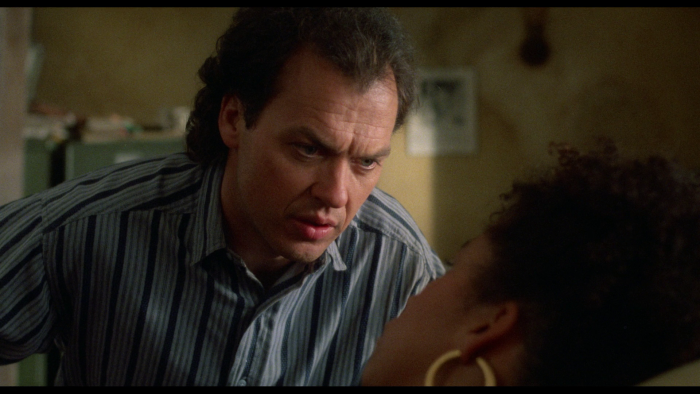 Michael Keaton broke big with 1982's "Night Shift," emerging as a fresh comic talent in need of suitable material. With 1983's "Mr. Mom," Keaton found himself with a real hit (starring in the 9th highest grossing feature of the year, besting "Risky Business" and "National Lampoon's Vacation"), becoming a hot commodity in Hollywood, but he couldn't capitalize on sudden fame, losing momentum with some efforts (including "Johnny Dangerously" and "Touch and Go") that couldn't do much with his unique screen presence. Part of the problem was 1987's "The Squeeze," which endeavored to stuff Keaton's jittery rhythms into a semi-noirish caper that tries to be twisty and mysterious, but also makes room for Keaton's on- brand tomfoolery. "The Squeeze" isn't a mess, but it doesn't feel complete, putting immense pressure on its leading man to cook up some sizable laughs while working on a production that's a bit more interested in noise than performance. Read the rest at Blu-ray.com