Blu-ray Review - The Devil Rides Out 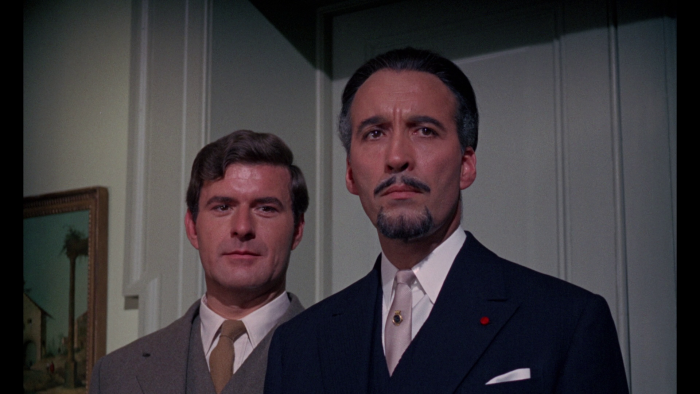 While Hammer Films has taken on the wrath of the Devil before, they go all-in on Satanic happenings in 1968's "The Devil Rides Out" (aka "The Devil's Bride"). Directed by Terence Fisher ("Frankenstein Created Woman," "The Hound of the Baskervilles"), the feature takes the world of black magic seriously, as the adaptation of a 1934 novel by Dennis Wheatley strives to build a world where such evil exists and remains determined to become the dominant force of the world. However, matters start small in the story, and Fisher does a fine job expanding early suspicions into all-out panic, joined by star Christopher Lee, who receives a rare shot at playing a hero of sorts, taking on darkness with a reliably focused performance in what turns out to be a surprisingly eventful picture from Hammer. Read the rest at Blu-ray.com