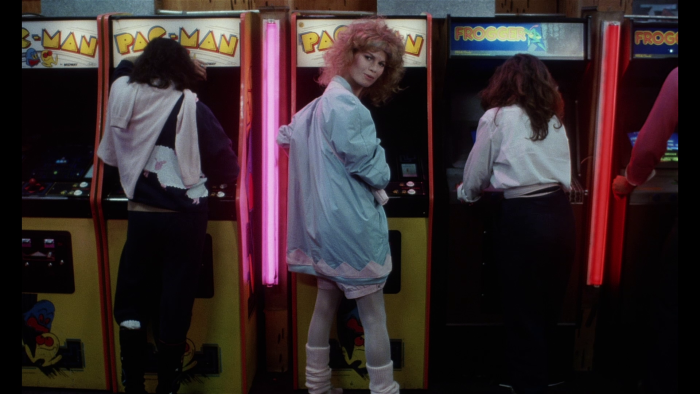 The director of "The Lords of Flatbush," Stephen Verona returns to the concerns of young men and their inherent impatience with 1987's "Talking Walls," which finds the helmer in charge of making horndog cinema, only to fight this reality every step of the way. While it's credited as an adaptation of a Mike McGrady novel (1977's "The Motel Tapes"), the picture certainly doesn't play like literary cinema, working between a comedic overview of voyeurism involving improvisational play from a collection of actors and a dull romance between the lead character and the French woman he can't seem to possess in full. I'm not sure what the production history is on "Talking Walls," but it plays like a feature that was second-guessed days into production, with Verona scrambling to make something sellable on the VHS market when his original dramatic vision was quickly exposed as pure tedium. Read the rest at Blu-ray.com