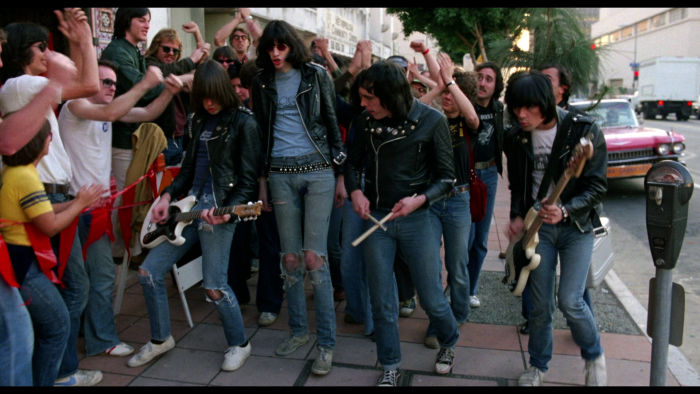 Looking to update the high school rebellion picture, director Allan Arkush tries his luck with punk rock, bringing in the Ramones for 1979's "Rock 'n' Roll High School." It's teen antics from executive producer Roger Corman, who gives Arkush and his screenwriters (Richard Whitley, Russ Dvonch, and Joseph McBride) a chance to go crazy with this semi-satire of the subgenre, with the production team packing in as many gags as possible as they send-up educational hell features. What the helmer really has here is a scrappy, lovable ode to the freedoms and curiosities of youth, while the Ramones deliver their signature sound to support the endeavor's sonic dominance. "Rock 'n' Roll High School" is a pure delight, partially because Arkush allows it to roam wherever it wants to, and his timing with the Ramones, then at their peak of their powers, couldn't have been better. Read the rest at Blu-ray.com