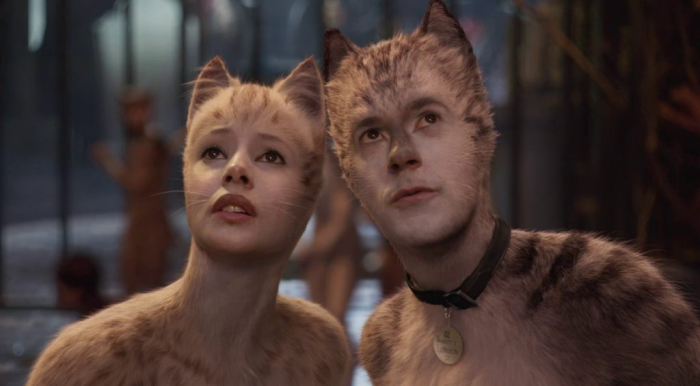 “Cats” isn’t a movie that needs to be reviewed. It’s made for a very specific audience, and a large one at that, as the original Andrew Lloyd Webber musical (which debuted in 1981) has been an enormous success, dominating the West End and Broadway during their incredible initial runs (grossing billions over time). People love “Cats,” and now it’s time to bring the stage to the screen, only without the comfort of leotards and makeup. Tom Hooper, who scored big with his film version of “Les Miserables,” strives to do something a little different with the musical, giving his cast an exhaustive CGI makeover, with hopes to deliver a sense of the real to material that feeds on inexplicable events. Those who understand everything about the show will probably fall in love with Hooper’s effort, which is extensive. The rest who aren’t up on their Rum Tum Tugger will likely find the picture baffling -- it’s as weird as it gets, and often remains in no particularly hurry to get anywhere of note. Read the rest at Blu-ray.com