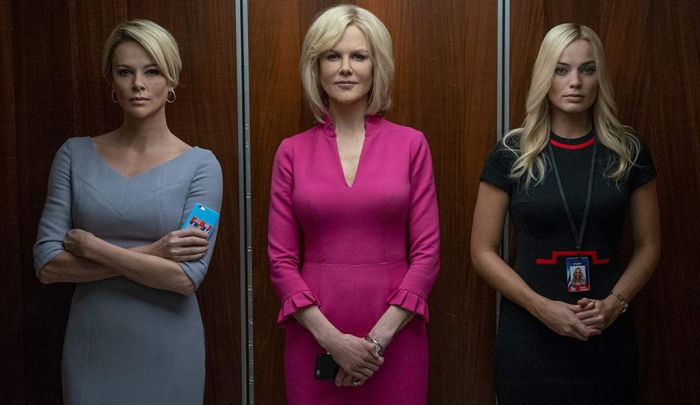 Director Jay Roach has a history with politically minded moviemaking, enjoying the sometimes stranger-than-fiction details of American power plays, studied in such pictures as “Recount” (exploring the 2000 presidential election), “Game Change” (detailing the 2008 presidential election), and now “Bombshell,” which samples national illness during the 2016 presidential election. Roach certainly has a fetish for exposing the inner lives of leaders, and while his latest isn’t a Donald Trump expose, it tackles his biggest supporters, exploring the reign of Fox News founder Roger Ailes and his extended history of sexual harassment. Screenwriter Charles Randolph has an incredible story to tell, endeavoring to present it from a female point of view, gathering all the Fox News stars and sycophants to populate an engrossing tale of abuse, paranoia, and battered professionalism, examining how a cable network was challenged from within during a critical moment in the country’s history. Read the rest at Blu-ray.com