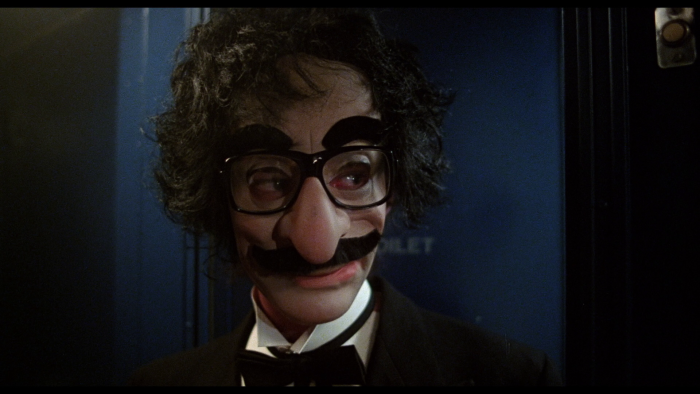 Created in the wake of the massive success of 1978's "Halloween," "Terror Train" (released in 1980) tries to replicate slasher-style encounters inside the cramped areas of a moving locomotive. While trains have been used many times for cinematic suspense purposes, "Terror Train" tries to play by then-current trends, pitting young college students against a masked killer who enjoys slicing and dicing its victims, picking them off one at a time. "Terror Train" doesn't win awards for originality, and there's not a lot of tension in the picture as well, with director Roger Spottiswoode ("Turner & Hooch") sweating to make tight spaces seem electric. In fact, the killings are perhaps the least interesting element in the effort, finding performances generally more compelling than the overall fear factor. Read the rest at Blu-ray.com