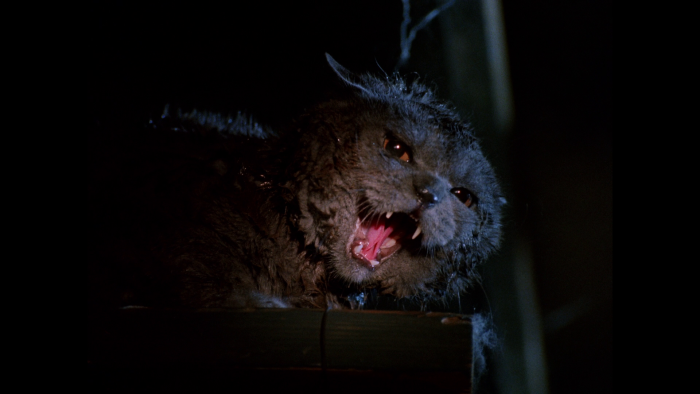 1991's "Strays" was produced for the USA Network, with the channel hoping to provide some frights for the Christmas season, turning to the realm of feral cats and their special ways with torment to find necessary suspense. Cats are a common foe for animal attack features, offering a natural menace, especially when imagined as undomesticated villains only out to mark their territory and slaughter trespassers. The screenplay by Shaun Cassidy (the famous pop star from the 1970s makes his writing debut here) makes a game attempt to come up with something familiar yet sinister with the material, playing around with horror cliches as he concocts a rural battle between a pack of felines and an understandably overwhelmed family new to the area, unfamiliar with boundaries. "Strays" is mild when it comes to powerhouse frights, unable to reach beyond the confines of basic cable television and really go for broke when dealing with furry attackers, but Cassidy is working to make something spooky with the material, successfully dreaming up situations that either result in extended showdowns or painful death. Read the rest at Blu-ray.com