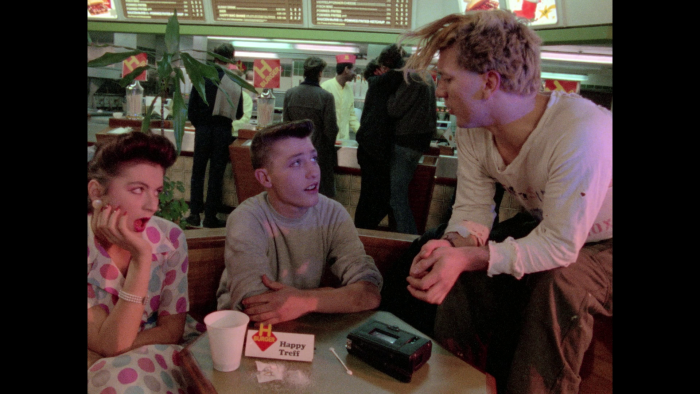 Credited to director Muscha, 1984's "Decoder" is a look at the ways of West German society as it struggles with issues of surveillance and unrest, doing so by examining the behavioral control aspects of muzak. The production endeavors to become experimental cinema, working closely with abstract imagery and loose storytelling to immerse the viewer in the sights and sounds of the time and place, playing games with underground cinema techniques and interests. If Dieter from "Sprockets" had a favorite movie, it would be "Decoder," which doesn't particularly care for mainstream execution, doing whatever it can to be visually striking and thematically elusive. Read the rest at Blu-ray.com