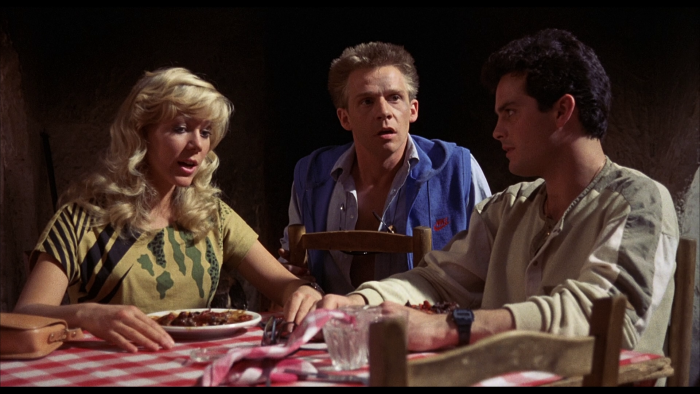 There are aliens. Young people. A European setting. And it was made in the 1980s. "Alien Predators" (titled "Alien Predator" on IMDB and "The Falling" on the disc) has everything going for it, created with prime ingredients for a wild genre ride that pits hapless humans against an extraterrestrial threat. And yet, the film is terrible, showing a frustrating lack of interest in creating any sort of fear factor, with writer/director Deran Sarafian unable to decide if he wants to make a goofy movie or a seriously haunting one, ending up with a mess of different tones, supported by a largely incapable cast. That "Alien Predators" chooses to do so little with its premise is almost maddening, with Sarafian clearly lost at sea, unable to decide what he wants from the production or how to steer it to scares. Read the rest at Blu-ray.com