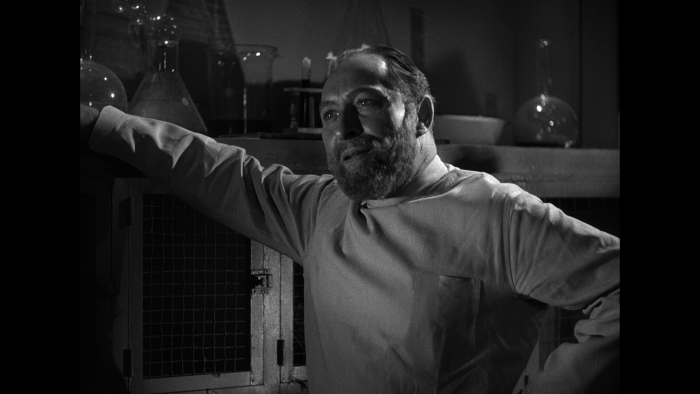 1942's "The Mad Doctor of Market Street" doesn't remain at the titular location for very long. In fact, it doesn't really remain anywhere for an extended amount of time, with the first act making promises for horror and suspense the rest of the movie doesn't keep. Screenwriter Al Martin has a fine idea for encouraging chills with a tale of a deranged doctor (Lionel Atwill) who pushes his research on suspended animation into death, only to turn the feature into a chase that reaches a luxury ship bound for New Zealand. And then, even with a large setting to work with, the film eventually makes its way to a South Seas island. "The Mad Doctor of Market Street" is a restless picture, always in a hurry to trade decent ideas for bad ones. Read the rest at Blu-ray.com