Blu-ray Review - The Big Bad Fox and Other Tales 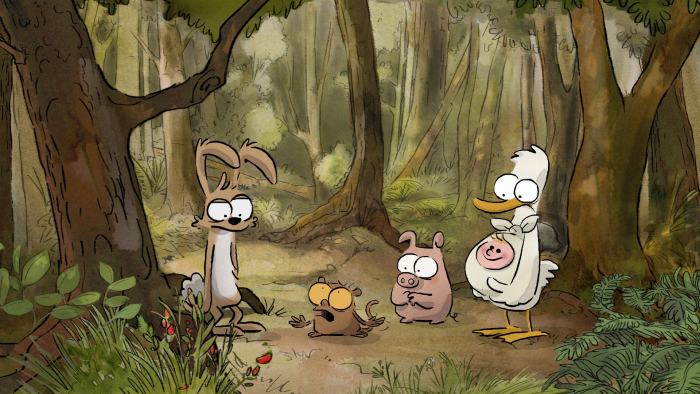 Five years ago, I covered the theatrical release of "Ernest & Celestine," and fell deeply in love with the modest feature, adoring its sense of humor and richly define characters. The production was gorgeously animated as well, doing something special with a limited budget and position outside the Hollywood animation machine. Co-director Benjamin Renner returns (joined by Patrick Imbert) with "The Big Bad Fox and Other Tales," which offers an anthology take on colorful shenanigans involving anthropomorphic animals. While gentleness has been dialed down some, Renner retains his sense of humor, delivering a more cartoon-style romp with three different stories of farmyard creature concern, sold with strong artistry and performances, giving the co-helmer another delightful offering with a sly sense of French humor. Read the rest at Blu-ray.com