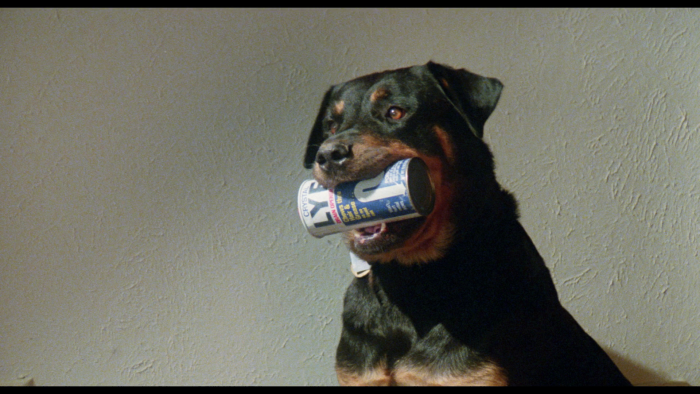 "Play Dead" is part of the killer dog subgenre, but it isn't a tale of a frenzied beast prowling the streets on the hunt for human prey. It's more of a slasher picture in design, with the central pooch executing complex schemes to terminate targets, with a demonic force helping to motivate the canine into acts of murder. It's all fantastically ridiculous, but director Peter Wittman doesn't push for any sort of reality, creating a campy romp with a four-legged star who's very skilled at making life miserable for the lead character. "Play Dead" has a lot of laughs, most unintentional, but the entertainment value of the feature is high, with Wittman not terribly concerned with throttling foolishness, sticking closely to Lothrop W. Jordan's script as they merge the mystery of Satanism with the craziness of a Rottweiler who's capable of covering up her own murder scenes. Read the rest at Blu-ray.com