Blu-ray Review - Murders in the Zoo 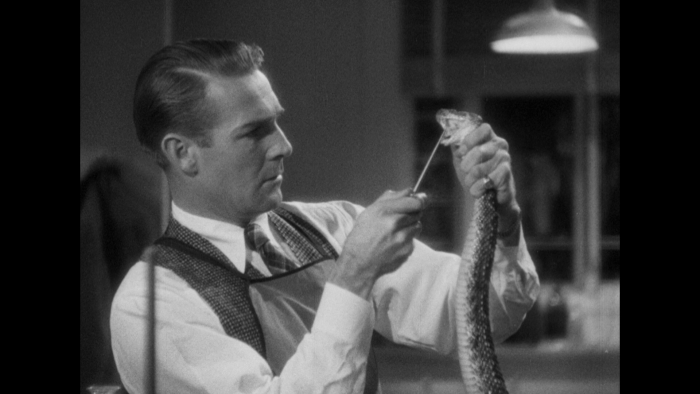 1933's "Murders in the Zoo" certainly wins points for its opening offering of horror, watching as the villain (played by Lionel Atwill) elects to deal with a man making a move on his young wife by binding his hands and sewing his mouth shut. In the pre-code industry, this is a fairly graphic introduction to the fear factor of "Murders in the Zoo," and while subsequent malevolence doesn't top such a sight, it's comforting to know director A. Edward Sutherland isn't messing around with the material, happy to deliver a few shocks to keep viewers on edge. Read the rest at Blu-ray.com