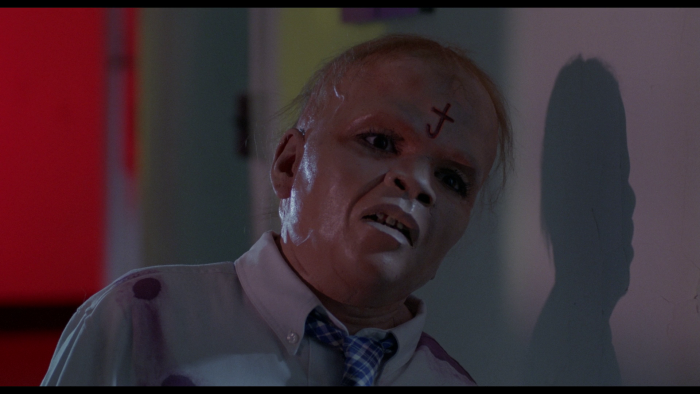 1992's "Hellmaster" (titled "Them" on the Blu-ray) has a very ambitious story to sell, but not a lot of production time is devoted to really emphasize just what exactly is happening during most scenes. It's a convoluted picture from director Douglas Schulze, but he has a visual plan for the effort, working with cinematographer Michael Goi to make the endeavor as striking as a low-budget movie can possibly be. "Hellmaster" has a lot of problems, but it's engaging as horror eye candy, giving fans plenty of blood and strange sights to hold their attention as Schulze fights to explore a lukewarm plot. Read the rest at Blu-ray.com