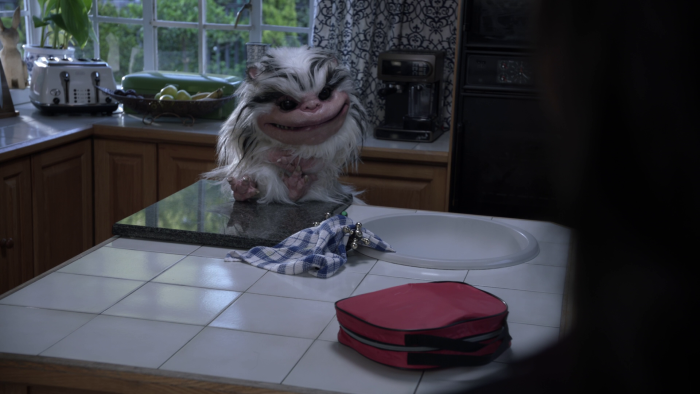 What a time to be alive. Last November, Shout Factory released "The Critters Collection" on Blu-ray, bringing the original four-part Krite saga from the 1980s and '90s to fans clamoring for an HD franchise festival, stuffing the set with terrific supplements. Last spring saw the release of "Critters: A New Binge," a streaming series consisting of eight short chapters that played like a single film, returning the Krites to screens after being away for 17 years. And now, mere months later, there's "Critters Attack," which also seeks to return the brand name to pop culture awareness, even hiring Dee Wallace to return to the series after appearing in the first movie. It's been a "Critters" bonanza this past year, and while such interest is welcome, "Critters Attack" suffers from a serious lack of energy and creature feature imagination. It's not as cringe-worthy as "A New Binge," which was always chasing terrible jokes, but director Bobby Miller has a real opportunity to create something bonkers with the DTV endeavor, and he goes flat with it, unable to generate the type of gnarly nonsense the fanbase deserves. Read the rest at Blu-ray.com