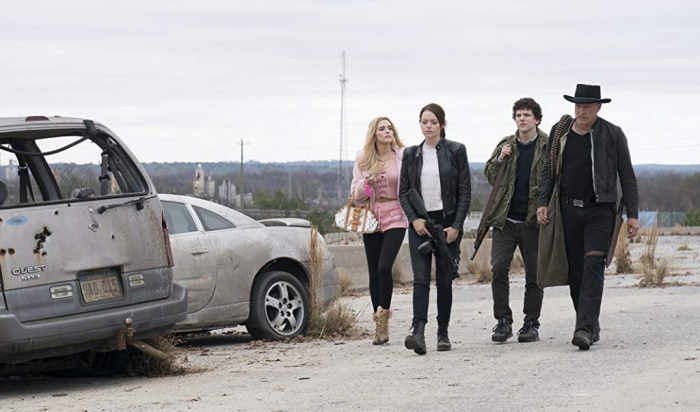 Released in 2009, “Zombieland” managed to make some money with its comedic observation of a zombie apocalypse, finding co-writers Rhett Reese and Paul Wernick trying to maintain all the splatter the subgenre is known for while encouraging a steady display of silliness to secure audience appeal. The feature felt fresh at the time, striving to do different things with the undead while other moviemakers were determined to preserve as much horror as possible. While not revolutionary, the effort did the trick, but, weirdly, the producers failed to capitalize on the endeavor’s box office performance. A decade later, a sequel has finally come together, with “Zombieland: Double Tap” hoping to revive the recipe of gore and giggles for fans. Unfortunately, too much time has passed between installments, and Reese and Wernick don’t have much to say with their follow-up, which often plays like a series of disconnected sketches occasionally interrupted by zombie attacks. Read the rest at Blu-ray.com