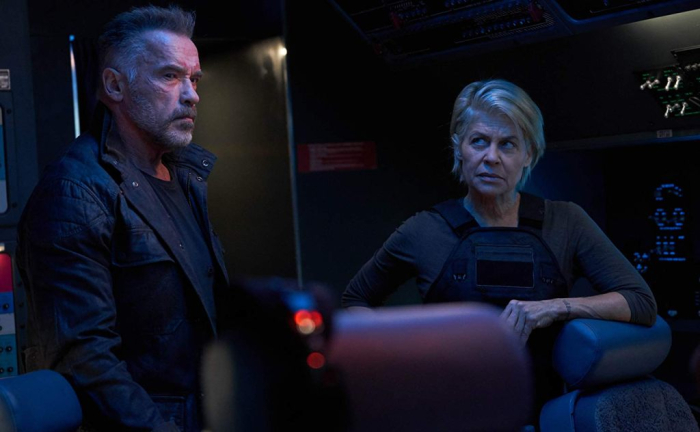 Four years ago, “Terminator Genisys” was supposed to be the big return of the old “Terminator” magic. Coming after the dreary nothingness of “Terminator Salvation,” “Genisys” had the budget, the production enthusiasm, and the return of Arnold Schwarzenegger to reenergize the brand name. However, it didn’t connect as it should’ve, straining to kick off a fresh series of sequels that could match the time-travel enjoyment of James Cameron’s first two installments of the franchise. Because the “Terminator” universe is too lucrative to let die, producers return with “Terminator: Dark Fate,” making sure they have some big guns to wow audiences, and they do, luring Schwarzenegger back to his most iconic role, while James Cameron provides story and producing support. Most encouragingly, Linda Hamilton returns as Sarah Connor, almost 30 years after the she last played the part. Her steely disgust is most welcome in “Dark Fate,” which is immediately boosted by her presence while director Tim Miller finds a reasonable blend of metal-mashing action and sci-fi that eluded the last two chapters of this unwieldy series. Read the rest at Blu-ray.com