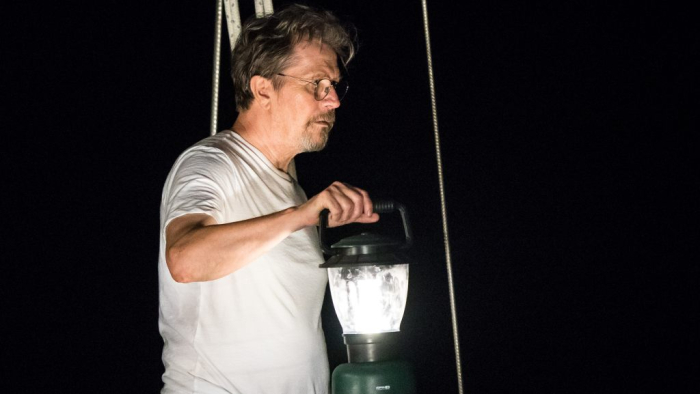 Last year, Gary Oldman accepted an Academy Award for his portrayal of Winston Churchill in “The Darkest Hour.” This year, he’s starring in “Mary,” which pits the veteran actor against a ghost onboard a small ship. Careers can be funny things sometimes. Oldman actually helps the genre feature reach a few of its dramatic goals, but there’s no reason for him to be here. This is not nuanced work from screenwriter Anthony Jaswinski and director Michael Goi, who are more interested in arranging cheap scares to accentuate the fright film experience, largely avoiding anything human beyond some tired, formulaic subplots. “Mary” isn’t scary, it’s much too familiar for that, but Goi isn’t inspired to take the haunted house vibe over the top, leaving Oldman and his castmates fighting for things to do while a feeble display of evil is slapped together. Read the rest at Blu-ray.com