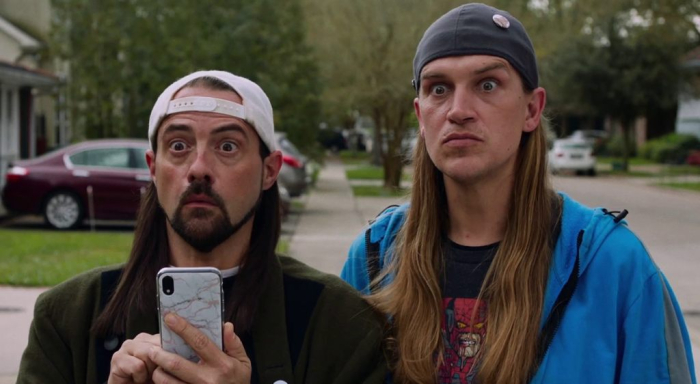 In 2001, Kevin Smith was handed 22 million dollars to say goodbye to his View Askewiverse creation, using the cash to create “Jay and Silent Bob Strike Back,” a cameo-laden farewell to the lovable stoners who delivered silly business in movies such as “Clerks,” “Dogma,” and “Chasing Amy.” The boys from New Jersey were handed the spotlight for their final screen appearance, with Smith serving up a tight, wacky, and celebratory feature. The retirement didn’t last long (the guys were back in business with 2006’s “Clerks II”), but Smith is in a sentimental mood again, crafting another valentine to his most popular characters with “Jay and Silent Bob Reboot.” Taking aim at remake/reboot fever in Hollywood, Smith gifts his fanbase an intentional recycling of “Strike Back,” pantsing creative laziness with his own impishness, delivering a slightly winded but entertaining offering of exaggerated madness, with the whole thing dipped in nostalgia and sentimentality for maximum response. Read the rest at Blu-ray.com