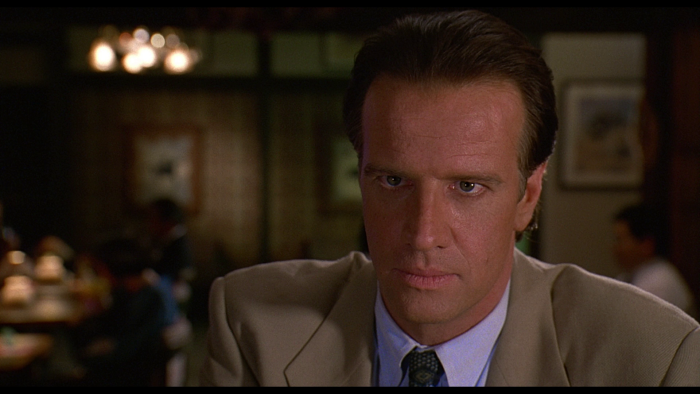 One day, someone is going to write a book about the career of Christopher Lambert, hopefully titled, "Why Him?" Here's an actor with a positively bizarre filmography, achieving his greatest success with 1986's "Highlander," where the Frenchman played an immortal Scotsman, showing proper physicality for the part, but never slam-dunking its emotional potential. Hollywood tried to do so much with Lambert, casting him in plenty of B- movies (such as "Fortress," "Gunmen," and "Knight Moves"), with the actor ultimately reaching the peak of industry support in 1995, with the release of "Mortal Kombat" and "The Hunted," with the latter returning the star to the dangerous ways of swordplay. Lambert remains well out of his range in the feature, but "The Hunted" is perhaps the second best of his Americanized efforts, adding some hard stares and mild comedy to what's largely a deadly serious investigation into honor and revenge concerning two rival ninja clans. Writer/director J.F. Lawton does relatively well with Lambert, but one can sense he's had enough of the actor as the picture unfolds, slowly pushing his character into the background when the opportunity arrives to deal with some wonderful Japanese actors. Read the rest at Blu-ray.com