Blu-ray Review - How to Make an American Quilt 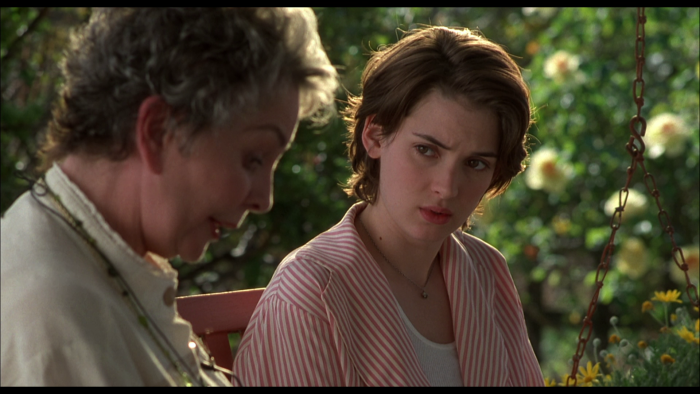 Winona Ryder was the "It Girl" of the early 1990s, participating in a succession of wonderful films from a wide range of directors, building a reputation for fine work and tasteful creative choices. There's was Martin Scorsese's "The Age of Innocence," Francis Ford Coppola's "Bram Stoker's Dracula," Gillian Armstrong's "Little Women," Ben Stiller's "Reality Bites," and Tim Burton's "Edward Scissorhands." But the actress's reign had to come to an end, and it did with 1995's "How to Make an America Quilt," which provided Ryder with her last hit movie for quite some time, soon losing her sharpness in endeavors such as "Boys" and "The Crucible." Of course, it would hard to flop in "How to Make an American Quilt," which finds Ryder joined by an ensemble of uniquely talented actresses questing to portray the idiosyncratic members of a quilting bee struggling with relationship woes and stained memories. It's an adaptation of a Whitney Otto novel (scripted by Jane Anderson), and director Jocelyn Moorhouse crafts a literary- minded feature that attempts to replicate the flow of a book, moving from chapter to chapter to explore the pain of silenced spirits and uncontrollable passions. Ryder's great here, but so is everyone else, contributing to a sensitive, expansive picture with an atypically honest assessment of mistakes made in the name of love. Read the rest at Blu-ray.com