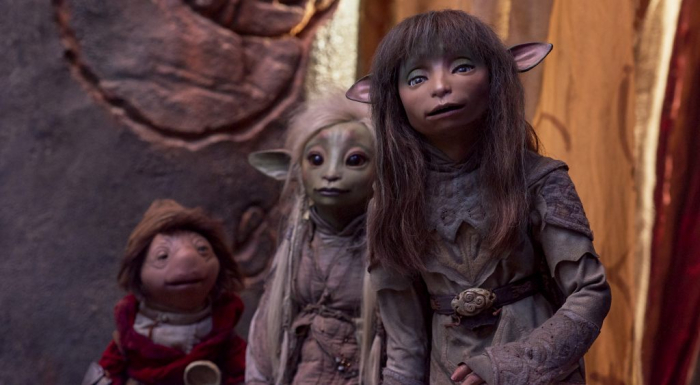 1982’s “The Dark Crystal” is a masterpiece. It’s fantasy filmmaking on a whole different level, with co-director Jim Henson (sharing duties with Frank Oz) digging deep into his bag of tricks to test the art of puppetry, creating a world out of strange creatures and hostile encounters without a single human character to be found. It was a tremendous achievement at the time, but only a middling box office performer, taking years to develop a loyal audience who’ve remained at the ready for a sequel, feeling disappointment when The Jim Henson Company couldn’t get a production off the ground after multiple attempts. Enter Netflix and their deep pockets, spending a small fortune to revive the brand name with “The Dark Crystal: Age of Resistance,” which is actually a prequel to the original movie, embarking on a ten-episode mission to widen the world of Thra, replacing Henson’s sorely missed creative bravery and heavenly sense of screen artistry with Louis Leterrier, the man who gave the world “Clash of the Titans,” “Now You See Me,” and “Grimsby.” Read the rest at Blu-ray.com