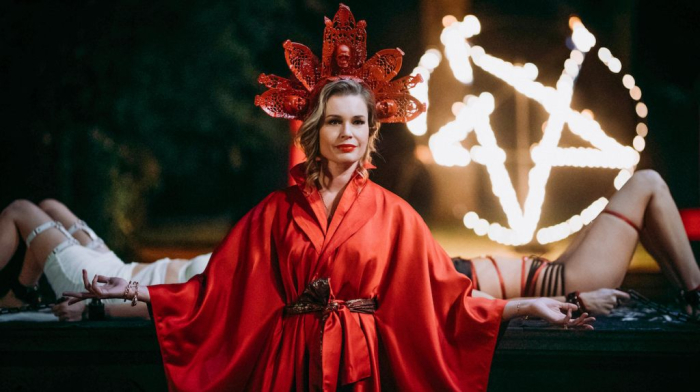 “Satanic Panic” is a film that’s all over the place when it really doesn’t have to be. Screenwriter Grady Hendrix attempts to blend extreme horror with silly comedy, aiming for a darkly hilarious take on black magic, offering bits of shock and slapstick to help swat down expectations for a simple genre ride. Trouble is, the picture is certainly gross at times, but never funny, flailing whenever it feels the need to be wacky to help settle an audience that might not be so welcoming to a feature that’s solely interested in horror. “Satanic Panic” isn’t a mess, but it’s mostly uninspired, and from casting to one-liners, it falls short of its potential to be a brutal B-movie that’s willing to go to some strange places when detailing the ways of a coven on the prowl for their virginal sacrifice. Read the rest at Blu-ray.com