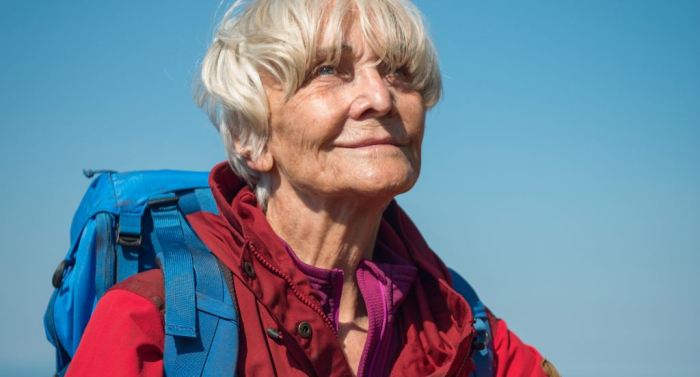 “Edie” has the appearance of a softer picture for an older audience. Indeed, it does have its soaring moments, hoping to extend some sense of joy and accomplishment to ticket-buyers, but simple triumphs aren’t the only thing the screenplay (credited to Elizabeth O’Halloran) is hoping to offer. There’s a deeper emotional current running just under the surface of the feature, with the writer touching on difficult concepts of regret and denial, instantly making the endeavor a bit more enlightened than many of its ilk. “Edie” has a firm grasp on kindness and delivers the occasional corny turn of character, but there are a few raw nerves worth paying attention to, giving lead actress Shelia Hancock something substantial to play as she works to the keep the effort from becoming a forgettable senior empowerment movie. Read the rest at Blu-ray.com