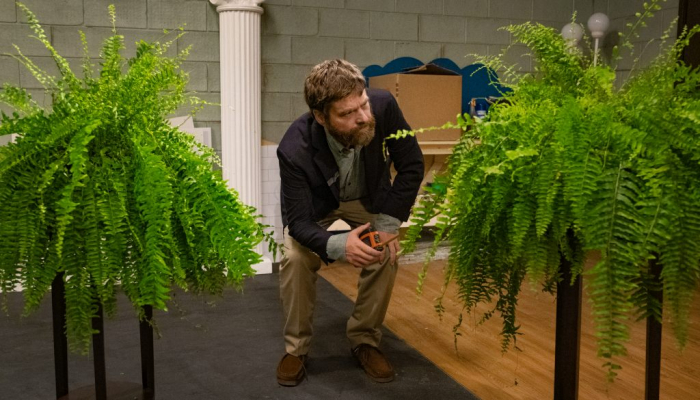 “Between Two Ferns” debuted in 2008 on Funny or Die, launching as a parody of public access talk show, with hosting duties assigned to comedian Zach Galifianakis. His job was to command a spare set decorated with the titular ferns, slyly roasting celebrity guests with invasive questions and inappropriate comments. The shorts were sporadically released, but they managed to develop a cult following, soon attracting A-list stars such as Brad Pitt and Bruce Willis, while former President Barack Obama elected to have some fun on the program, giving unexpected legitimacy to something that was never meant to be more than a big goof. Co-creator Scott Aukerman apparently wants something grander for the production, scripting and helming “Between Two Ferns: The Movie,” which presents a cross-country adventure for Galifianakis and his special sense of humor, with the director trying to taffy-pull a one-note concept into a feature-length laugh riot. Read the rest at Blu-ray.com