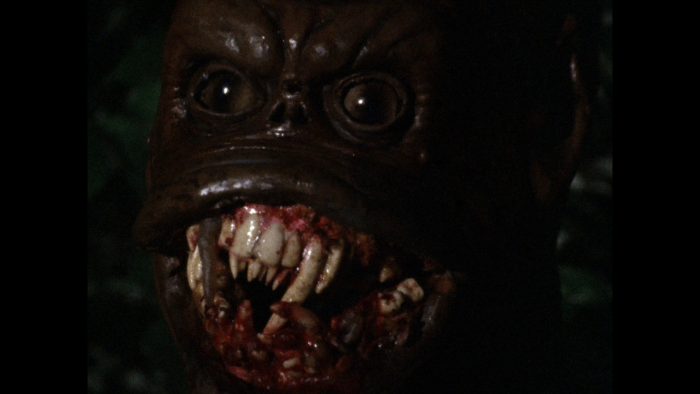 A B-movie director who never seems to possess a budget that matches his visual ambition, Don Dohler found some success with 1976's "The Alien Factor," which managed to find its audience in the late-'70s cable scramble for everything sci-fi. He went on to make "Fiend," another chiller, but with 1982's "Nightbeast," Dohler returns to his first inspiration, basically remaking "The Alien Factor" with a slightly higher budget and slightly lower standards. Instead of trying to mount a semi-thoughtful understanding of human impatience when dealing with the unknown, Dohler kicks out the jams and launches "Nightbeast" with oodles of gore and nudity, also doing away with the concept of alien complications, making the monster here pure evil and in a mood to eliminate as many earthlings as possible. It's a sleazy, violent adventure, also identifying the helmer's newfound disregard for nuance, going full steam ahead into R-rated waters. Read the rest at Blu-ray.com