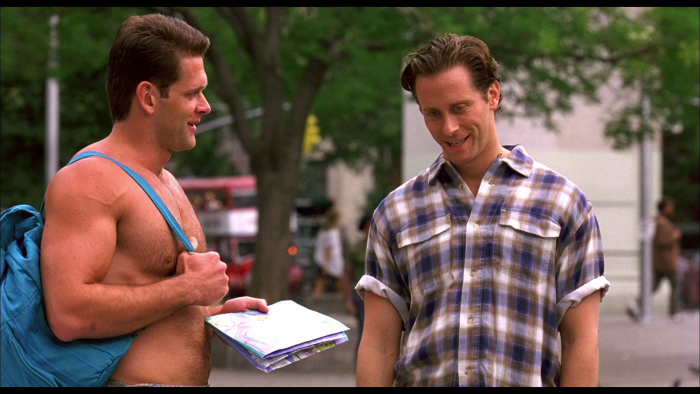 "Jeffrey" began life as a play, with writer Paul Rudnick searching for a way to express his frustrations with the age of AIDS without losing his sense of humor. The production was praised and popular with audiences, ultimately making a leap to the big screen in 1995, with Rudnick taking command of the screenplay, while original director Christopher Ashley took the opportunity to make his feature-length helming debut. As transitions from the stage to movie theaters go, this wasn't a radically altered endeavor, which is perhaps why "Jeffery" works so well, with Rudnick successfully reworking the sometimes broad material for the intimacy of cinema, dealing with close-ups and deep feelings without sacrificing the bounciness of the original work. Humor hasn't been steamrolled by the production, which tries to stay on its feet while dealing with profound issues of fear and loss. Read the rest at Blu-ray.com