Blu-ray Review - To Wong Foo, Thanks for Everything! Julie Newmar 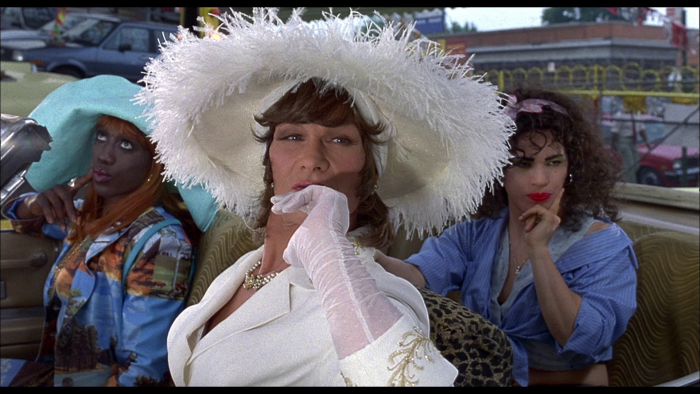 While we live in the age of "Drag Race" and other programs that examine (and occasionally celebrate) the world of drag queen culture, perhaps it's hard to imagine that 24 years ago, a film like "To Wong Foo, Thanks for Everything! Julie Newmar" was considered a major risk for Hollywood. While 1994's "The Adventures of Priscilla, Queen of the Desert" managed to find business across the globe, the concept of putting major action stars in a road movie about helpful drag queens wasn't something the studios were rushing to make. Steven Spielberg and his Amblin Entertainment provided support for the project, giving Douglas Carter Beane's screenplay a chance to be realized without being watered down, while director Beeban Kidron provides production leadership, hoping to preserve elements and messages Beane works hard to communicate. However, while an appealing picture with a big heart, the core appeal of "To Wong Foo" are the actors, with Patrick Swayze and Wesley Snipes providing pure commitment to their parts, while John Leguizamo contributes the right kind of sass to sell the visual of three fabulous girls experiencing the challenge of a lifetime during a stay in small-town America. Read the rest at Blu-ray.com