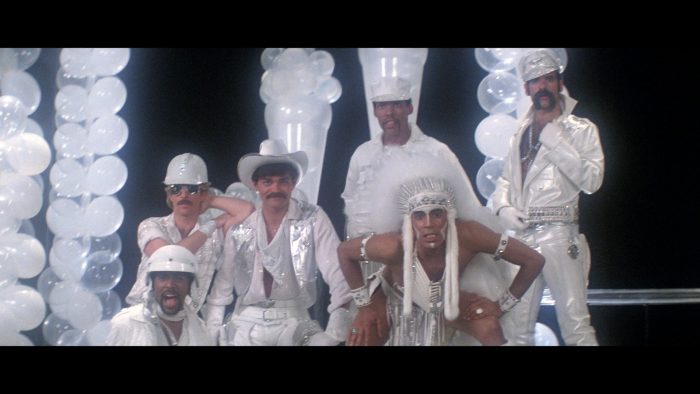 1980 was a special year. It was a time when producers wanted to give the world disco-laden musicals long after disco died, just barely missing the trend while spending an unfortunate amount of money to bring colorful fantasies to life. The year delivered "The Apple" and "Xanadu," but the first one out of the gate was "Can't Stop the Music," which was proudly promoted as the cinematic experience of the 1980s, while featuring talent from the 1970s. It's better known as the origin story for Village People, a singing group famous for hits such as "Macho Man" and "Y.M.C.A." It's their "Bohemian Rhapsody," only slightly more believable, with director Nancy Walker and co-producer Allan Carr using the camp factor of the band to launch their version of 1930s musical, doing whatever they can to maintain the fun factor of a production that's in dire need of a tighter edit and a 1978 release date. Read the rest at Blu-ray.com