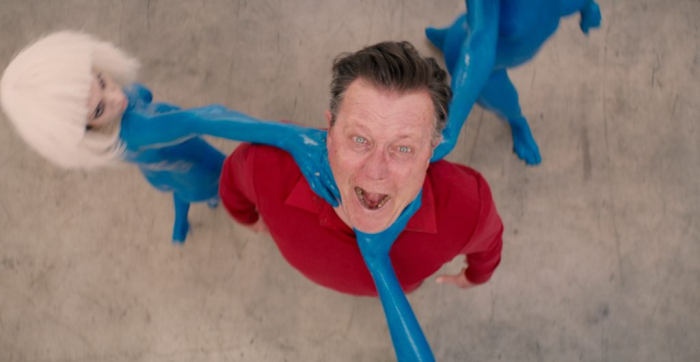 Writer/director Richard Bates Jr. enjoys making dark comedies. He’s presented his fandom in “Suburban Gothic,” and showed real imagination with 2016’s “Trash Fire,” his last picture. Returning to the range of bloodshed and satire, the helmer aims for millennial rage with “Tone-Deaf,” which surveys an older generation growing weary of American youth and all their issues, while a twentysomething tries to find her comfort zone in a world that relishes any chance to deprive her of stability. Bates Jr. can’t stick the landing, but “Tone-Deaf” is devilishly hilarious for the first two acts, diving into murky psychological waters to trigger some spooky and surreal stuff for genre fans, but also retaining a defined sense of humor, with amusing amplification of common generational issues, having a good time poking a stick at people of all ages. Read the rest at Blu-ray.com