Film Review - Ready or Not 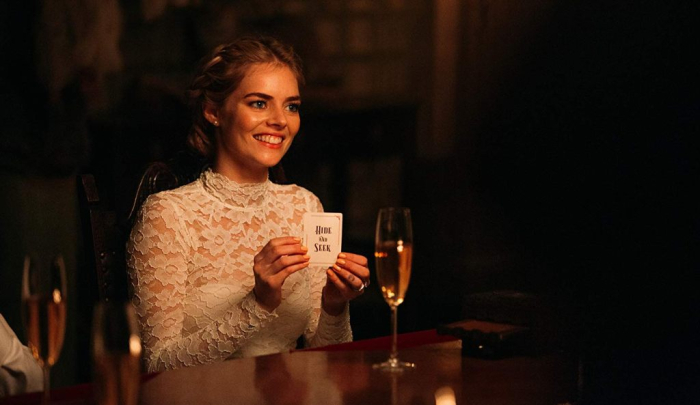 With their last feature, 2014’s “Devil’s Due,” directors Matt Bettinelli-Olpin and Tyler Gillet were chasing a trend, assigned to create a found-footage movie that was a pure paint-by-numbers affair. The partners seemed to be surviving that one just to get a picture made in Hollywood. With “Ready or Not,” the duo might be starting a trend, finding a semi-fresh avenue to explore when it comes to cinematic frights, bringing an especially violent round of Hide and Seek to the multiplex, courtesy of screenwriters Guy Busick and R. Christopher Murphy. Learning from their mistakes, the helmers avoid playing expected notes of horror, instead working very carefully to keep “Ready or Not” unpredictable as it samples bodily harm and family antagonisms. The third act isn’t as sturdy as it could be, but the movie is dynamite sicko entertainment, having a blast with ghastly events and demented characters. Read the rest at Blu-ray.com