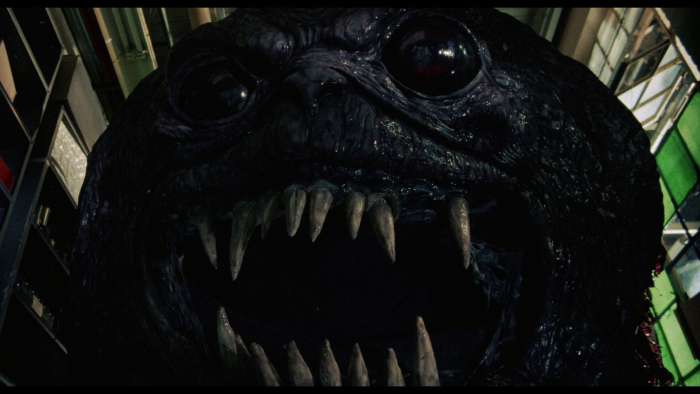 A 1988 production from Canada, "The Brain" depicts a fantasy world where the population is controlled by a dangerous con man on television who wants to control the world via mental manipulation. Okay, maybe the premise isn't sci-fi at all, especially with today's glut of television programming, but "The Brain" does have a horror angle as it transforms into a monster movie, with the titular creature making multiple appearances to give the endeavor jolts of the macabre to keep it alert. Screenwriter Barry Pearson is on a mission to supply commentary on trash T.V., while director Ed Hunt labors to make the picture exciting, collaborating on a diverting B-movie that's competently assembled, finely shaded with humor, and gung-ho with creature feature exploitation. Read the rest at Blu-ray.com