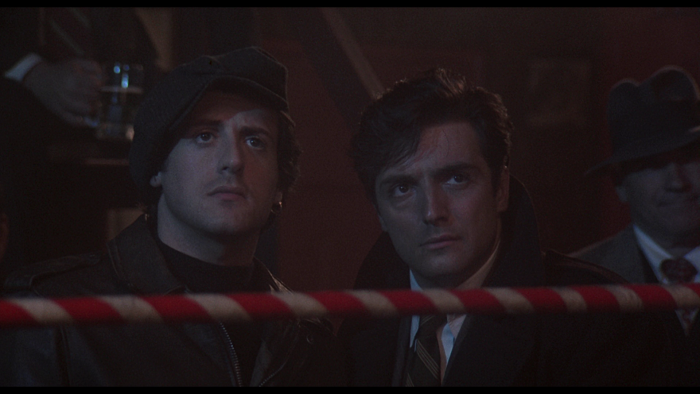 1978 was a critical year in the career of Sylvester Stallone. In 1976, Stallone became a major Hollywood player with "Rocky," which he scripted, finding himself a primary participant in the highest-grossing film of year, which would go on to collect a Best Picture Oscar in 1977. Previously dealing with poverty and powerlessness in the business, Stallone could suddenly call his own shots, allowed to take his future wherever he wanted it to go. Two years after "Rocky," Stallone tried to tighten his dramatic chops in Norman Jewison's "F.I.S.T." -- a pairing that didn't win over audiences. And then there was "Paradise Alley," which gifted the star a chance to command his own vision, making his directorial debut with the effort. Stallone's intent with the movie isn't difficult to decode, setting out to replicate a melodrama from the 1950s, but the shadow of "Rocky" remains on the endeavor, which labors to find a comfortable middle ground between underdog cinema manipulation and a gritty, unsentimental study of broken people and shattered dreams in the harsh reality of life in the big city. Read the rest at Blu-ray.com