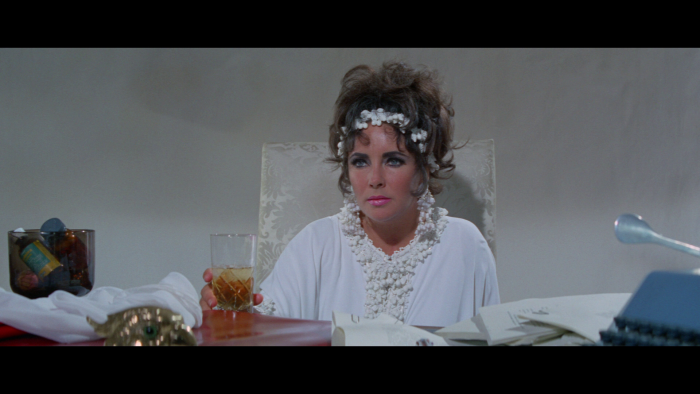 In 1968, "Boom" was a bomb written by Tennessee Williams and starring Elizabeth Taylor and Richard Burton. These days, the feature has new life a cult title, with certain audiences embracing the picture's volatile nature and unforgettable decoration. "Boom" isn't an easy movie to admire, but for those who elect to work on it, this adaptation of Williams's play, "The Milk Train Doesn't Stop Here Anymore," provides some funky highlights, offering the rare chance to watch two major stars try to make sense of a languorous art film that has no distinct identity. Read the rest at Blu-ray.com