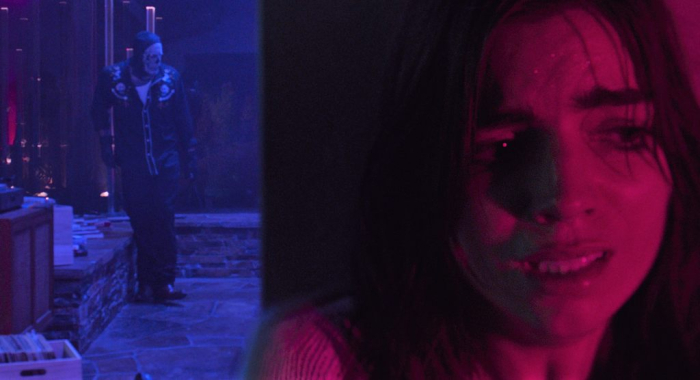 It’s hard out there for a home invasion thriller. There’s a lot of competition for the horror hound’s dollar, and the subgenre has been exhausted. “Trespassers” (previously known as “Hell Is Where the Home Is”) has something interesting brewing underneath its ultraviolence, with director Orson Oblowitz trying to inject as much visual variation as possible while working with very little money, and screenwriter Corey Deshon has a germ of an idea to help subvert expectations, which is more exciting than any offering of bodily harm. “Trespassers” doesn’t remain in the realm of promise for long enough, soon switching over to a formulaic understanding of terror from masked men. It’s certainly inspired at times, but not particularly brave. Read the rest at Blu-ray.com